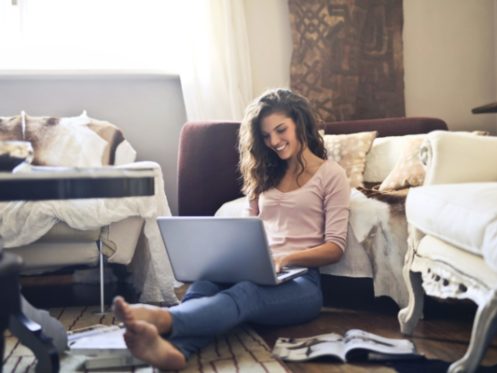 Whether you’re shopping for an air conditioning unit, a washer, a dryer, a refrigerator, or any other appliance, you’ve probably encountered a number called a SEER rating but may have no idea what that number means.

What Is a SEER Rating?

SEER is an acronym for “seasonal energy efficiency ratio,” and it measures the overall efficiency of an appliance throughout the year. A higher rating – such as 12 or 13 – means that the appliance is more energy-efficient than one with a lower rating, such as 8 or 9. Therefore, the higher the SEER rating on an appliance, the lower your energy costs will be, and your unit will probably run less than one with a lower SEER rating. However, local energy costs in an area will affect the total energy bill regardless of an appliance’s SEER rating.

A SEER rating is calculated by dividing a seasonal cooling output by the total energy input for the same time frame. SEER ratings are determined on a yearly basis rather than a seasonal one since efficiency will vary depending on the outdoor temperature, relative humidity, and other factors.

Is the SEER Rating the Only Determination to Use?

In addition to the SEER rating, for heating units and air conditioners, you’ll need to include the BTUs – or British thermal units – of the unit as well as the size of the room or home you’ll be heating and cooling. No matter the SEER rating, the unit won’t function correctly if a unit is too small or too large for the area that it’s meant to heat or cool.

Is the SEER Rating the Same for All Areas?

No, different areas of the country have different SEER criteria depending on the area’s climate. The Department of Energy has divided the country into three areas, all of which have the same requirements for:

However, each region is divided into sub-sections with unique cooling unit requirements. Some states have higher regulations for SEER ratings, such as:

All the above states have a mandated minimum SEER rating of 14 because of their climates.

Is It Cost-Effective to Purchase the Highest SEER-Rated Unit Possible?

To translate the SEER rating into approximate annual costs, multiply the BTUs at 95 degrees Fahrenheit by 0.132 and divide that by the unit’s SEER rating. This should yield the approximate cost to operate the unit.

What Does Energy Efficiency Mean?

To meet the needs of most homeowners, units with SEER ratings between 15 and 18 provide the best balance of money spent versus time to recoup the cash outlay. Since installing an HVAC system is absolutely not a DIY project, your contractor can advise you on the best option for your needs. Some homeowners prefer the efficiency of a higher-rated unit even if it takes longer to recoup the savings.

How Are SEER Numbers Displayed?

An appliance’s SEER rating is usually displayed on an easily visible yellow sticker on the front of the appliance. Typically, either a SEER or an EER rating will be displayed, not both. Unfortunately, there’s no electronic display on any unit that will tell you its SEER rating or how efficiently the unit is running at any given time.

When Did SEER Ratings Start?

President Bush signed the Energy Policy Act in 1992, which mandated a minimum SEER rating of 10 for all HVAC units. Although the mandated minimum number has fluctuated over the years, it’s currently at a minimum of 13 or 14, depending on the location, but this number is projected to increase to 14 or 15 in January 2023, again depending on your location.

Will I Have to Replace My Current Unit?

If you have an existing unit installed, you won’t have to replace it to meet the new federal guidelines. However, if your current unit fails, you’ll need to replace it with one that meets the minimum federal standards called SEER2.

Although a higher SEER rating will be more efficient, it will most likely take a few years to recoup the cost of a new unit through its energy savings. Typically, the drop in the energy bill will be several dollars monthly rather than a more significant dollar amount.

Heat units manufactured before 2022 can be sold and installed after December 31, 2022, in the North region, but air conditioners sold after December 31, 2022, in the Southwest and Southeast regions must meet the new SEER standards, called SEER2. Those already installed don’t need to be replaced, but if your unit fails, the replacement must meet the new SEER2 standards.

If you live in the Austin, Texas area and need to replace your current heating and air conditioning units, then first contact Trusted Heating & Cooling for more information or to schedule an appointment. We’re among the best in the area for all your heating, cooling, and environmental air quality needs and, for many years, have proudly provided outstanding service to the local area. You won’t be disappointed with our service, so contact us today!

To learn more about our team or request any of our services, please contact us today. We’re always at your service!